Kehlani and YG are officially a couple!! Everyone who knows me, knows how excited I am about this!

They both deserve so much happiness!

So, when news broke out that Kehlani and YG were a couple a lot of people had questions.

Well, Kehlani gave birth to her first child earlier this year and YG had his 2nd a few months ago.

When Kehlani announced she was pregnant earlier this year, people had no idea who the father was.

During an interview with Nicki Minaj a few months back she said, "I was lucky to find a partner who was a bisexual male. And he really understands my queerness and my fluidity, and I really understand his. It's very awesome to be understood."

So people wanna know what happened to her baby's father.

Well he took to Twitter to clear up rumors about him.

Javaughn took to Twitter to stop the confusion and he tweeted: "i’ve never been a sperm donor nor do i identify as gay nor have i ever been *the gay best friend* lol. i am a father to my beautiful daughter and I like what I like. if you gon be aimless & nosey least have yo facts straight"

Cardi B Claps Back At "Plastic Surgery Haters" Then Deletes Post 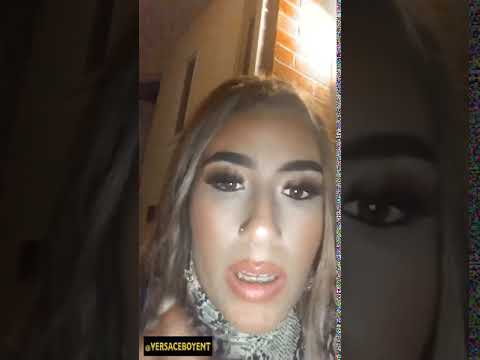 Doctor Loses Her Medical License Because Of Her Racy Instagram Photos