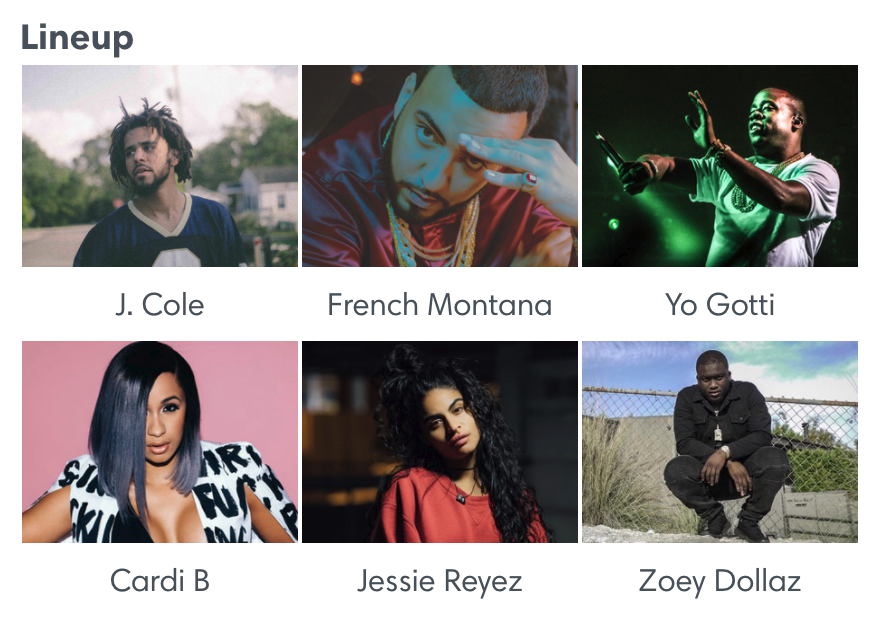 REAL 92.3 is taking over The Forum for #REALShowLA on Saturday, November 18th, featuring J. Cole, French Montana, Yo Gotti, Cardi B and more!

Get your tickets NOW to REAL 92.3’s The REAL Show featuring a full set by headliner J. Cole.

Also on the bill: French Montana, Yo Gotti, Cardi B, Belly Jessie Reyez, Zoey Dollaz and Cozz, with special deejay performance by Young California.  REAL 92.3’s own Big Boy will host the event.

The REAL Show goes down on Saturday, November 18th at The Forum in Inglewood.

Yo Gotti: Hailing from Memphis, Yo Gotti is best known for hits like “Down In The DM,” “Rake It Up” featuring Nicki Minaj and for his feature on Meghan Trainor’s “Better.”

Cardi B: Rapper and reality TV star, Cardi B is one of the most exciting female rappers to hit the scene in recent years.  Her single “Bodak Yellow” is currently #1 on US Billboard’s Hot 100 and earned her the honor of being the first solo female rapper to hit #1 since Lauryn Hill.

Belly: Best known for his own collaboration with The Weeknd on "Might Not," Belly also has deep songwriting credits. He co-wrote 6 song's on The Weeknd's "Beauty Behind The Madness" album, including "The Hills."  He is also credited with co-writing Beyoncé's single "6-inch" featuring The Weeknd on her "Lemonade" album.

Jessie Reyez: Canadian born singer/songwriter Jessie Reyez has been making a name for herself in the US as a talented new artist. She received two 2017 iHeartRadio Much Music Video Award nominations for Best New Canadian Artist and Fan Fave Video for “Shutter Island.”

Zoey Dollaz: A native of Haiti, Zoey Dollaz immigrated to the US at a young age and found his way growing up poor in Miami thanks to hip hop. His single “Blow A Check” took off with a remix featuring Diddy and French Montana and gained the attention of Future, which ultimately led to a deal with Epic Records.

Cozz:  Los Angeles’ own, Cozz is an up-an-comer signed to a joint deal between J.Cole’s Dreamville Records and Interscope Records.